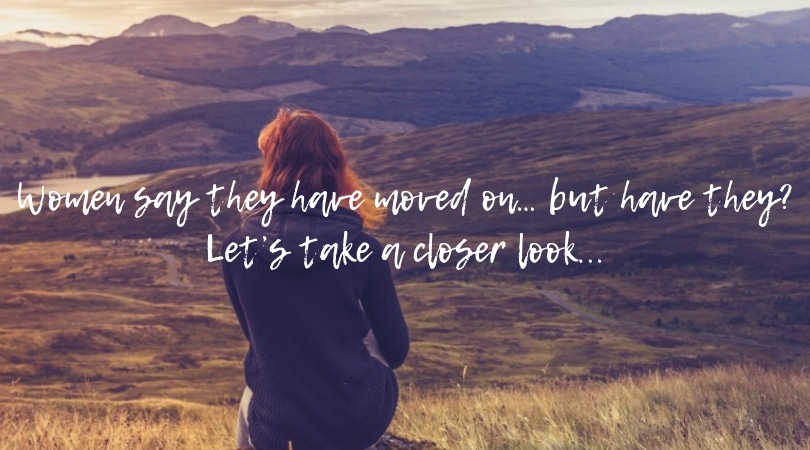 Women say they have moved on… but have they? Let’s take a closer look.

Let’s examine the woman’s condition in today’s circumstances. Seeing all the hype around women’s issues these days one would imagine that the woman is well on her way to personal, social, emotional and financial freedom. We are led to believe that it’s the age of the emancipated woman, that she has risen above social strictures, is the master (or mistress to sound politically correct) of her own destiny, and no longer subservient to the dictates of man. Is the ground reality really so? Has the woman truly moved forward or has she been further burdened under the guise of advancement and equality?

[Read: Alarming Statistics That Show The Reality Of Sexual Violence In America]

The urban girl grows up in a fairly secure, family environment. She, like her counterpart in rural areas, realizes early in life that her father is the decision-maker at home. He is the one who decides which school she goes to, what course she takes in college, the clothes she is to wear, the people she can see and meet and even the boy she is to eventually marry. Oh yes, she gets her fair share of education and a fair chance to compete against the boys in the academic arena. But by and large, most choices are still made by the parents.

So she gets out of college armed with a degree, manages to find a job and is well on her way to an independent life, free from the decree of man.

All is fine till this time. Then social diktats take over and it is incumbent upon her to get married. If she is lucky enough, she finds het knight in shining armour. If not, she is, like scores before her, paraded in the matrimonial marketplace till a suitable match is found. Once she is married, the authority which was with her father is automatically transferred to her husband. Here then starts the real story.

Let’s take a leaf out of an urban, married, working woman’s life. She gets up at the crack of dawn, prepares breakfast for her family, packs her kids off to school, and boards the 8.24 packed-like-sardine local train to start her hour-long journey to work. After enduring the dramatics of irate clientele, the conduct of irritating co-workers and the peculiarities of a whimsical boss for the entire day, she starts her journey back home; at times buying vegetables or any grocery that may be needed. After standing in the serpentine queue for the bus, she manages to get back home in one piece. It’s straight to the kitchen to prepare dinner and at the same time, help the kids with the homework (hubby dear doesn’t have the patience to take up their studies, you see and anyway he’s too busy exercising his index finger with the TV remote or his mobile). After clearing the dinner table, and putting the kids off to the bed, it’s finally time for bed. Id she is lucky enough, she might be able to fend off her husband’s amorous advances that night and at last give in to her exhaustion.

This is not just one day in her life… this is her life.

This woman gets no national holidays, no Sundays off, no sick, privilege or casual leave from her duties. Yes, there are exceptions to this grim reality, but that’s what they are – exceptions to the rule. There are independent, career women who carve their own identity in the male-dominated environment but they are few and far between; the majority is encumbered by their share of daily duties. Given an option, a large number of women would gladly chuck their jobs and stay at home. However, financial compulsions far outweigh the desire for a more fair and fulfilling life. So while her responsibilities have doubled (now she has to bring in the dough as well as cook it), the share of the workload is far from equal. The man still gets away with murder.

The girl from the rural parts is worse off. Local customs and traditions are designed to subjugate women and are adhered to with zealous frenzy. Early marriages are common in villages, as is the fact that women are routinely raped and paraded naked for transgressions as minor as drinking water from the local well. Female literacy is abysmal and most young girls don’t even know how to read or write and are at the mercy of their fathers and then their husbands after marriage.

Recent statistics reveal that women work roughly twice as many hours as men. They work longer hours and their work is more arduous. What’s more, women’s work is rarely recognized.

There are seven major areas of discrimination against women:

Malnutrition: There have been exceptionally high rates of child malnutrition. This is because malnourished women give birth to malnourished children, perpetuating the cycle.

Lack of Education: Families are far less likely to educate girls than boys, and far more likely to pull them out of school, either to help out at home or from fear of violence.

Unskilled: There are more unskilled women than men all over the world.

Mistreatment: There are many atrocities against women in terms of rapes, assaults and murders. Fear of violence suppresses the aspirations of all women.

Powerlessness: While women are guaranteed equality under the constitution, legal protection has little effect in the face of prevailing patriarchal traditions. Women lack the power to decide whom they will marry, and are often married off early. Legal loopholes are used to deny women, inheritance rights.

Violence against women and girls is also the most pervasive human rights violation in the world today. The most extreme expression of this is the preference for sons, female infanticide and sex-selective abortion, which is widely practiced, in rural areas. If that wasn’t all, women suffer from hunger and poverty in greater numbers and to a greater degree.

A report in the dailies states that in recent years, there has been an alarming rise in atrocities against women. Women are being molested, rapped, sexually harassed, kidnapped and even murdered over stupid ideas.

Ironically, it’s the woman who makes the world go around. She is empowered to reproduce, a gift which is an exclusive attribute of the Almighty, she is used the world over to promote products, to excite, to entice… hell, without her the world would be such a dreary place. Yet man treats her the way he does, as a second class citizen of this earth.

So where does all this lead us? Do I mean to suggest that women are better off enslaved in the confines of their homes while men remain the sole bread earners? Far from it; this would mean further regression and back to the dark ages. They should take a good hard look at where they are headed. If they start believing the media hype about their progress, achievements and so on, they might lose sight of the objective and never find the strength to battle their oppressive state. The step towards equality has been taken and there’s no looking back now. The need of the hour however, is less talk and more action on the ground. Until that happens, men will remain glad that they were born as men.