What To Do About Wax In The Ear? 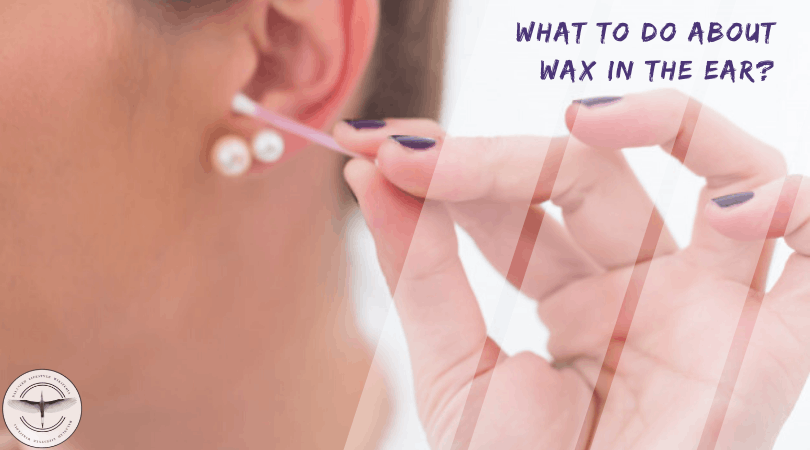 Never put anything smaller than your elbow in your ear! Cotton tips are for cleaning out bellybuttons – not ear. You have probably heard these admonitions from parents and doctors ever since your childhood. What do they mean? And what’s wrong with using cotton buds or bobby pins to clear out earwax? Here are the dos and don’ts, the whys and why-nots, of tackling a little problem that can be more than just annoying and unsightly.

At first, Lisa thought her four-year-old son David was just not listening to her. She’d call him to come inside, and he’d keep right on playing, as if he were “Mummy-deaf”. But when she scolded him, his look of bewilderment made her concerned. “It was obvious he really didn’t hear me,” she says. “I thought it might be caused by a hearing problem”.

Her pediatrician made a quick and comforting diagnosis. “It was earwax,” says the reassured mother. “David had tones of it! It seems to run in the family. My husband had so many hearing problems when he was in college that he went to the doctor who worked on his ear for a long time before he finally dislodged a ball of wax. He said he could hear so well after that, it was actually painful.”

Earwax doesn’t get talked about much – and with good reason. As conversation fodder, it falls somewhere between dandruff and foot odour. But earwax doesn’t deserve its icky reputation. It is the result, after all, of a natural bodily process.

How does earwax build up?

Earwax, or cerumen as it is known medically, is produced by the ear canal (the hole which leads down to the eardrum). And it plays a very necessary role. For one thing, it traps sand, dust and insects (like gnats and ticks), and keeps these tiny intruders away from the sensitive eardrum. It repels water and serves as an anti-bacterial agent, helping to ward off infections of the ear canal. It also moisturizes the skin of the outer ear and ear canal, preventing dryness and itching.

The cells of the ear grow and migrate outward from the eardrum to the external part of the ear. As they move along the ear canal, sort of like a moving walkway, they transport earwax and any foreign bodies the wax may have snared.

Normally this dried or accumulated earwax winds up outside the ear canal, where it dries and falls out, or it can be wiped away easily by a finger – wrapped round a washcloth or tissue – the only safe and approved way of removing normal earwax.

As such, most of the time doctors recommend that you just leave it alone.

But, as with all natural processes, this one can go awry. Too much cerumen can collect in an ear canal, clogging it and leading to a problem with temporary hearing loss. Children with impacted earwax may begin having trouble in school.

Older people may become depressed as they regard the hearing loss as a sign they’re succumbing to old age and decay. Suddenly, a problem that sounds like the punch line to a joke can take a serious turn.

Doctors don’t quite know, but they do know that certain factors – including certain habits – tend to aggravate the problem.

Actually they’re exacerbating it. Instead of removing earwax, they’re pushing it in.

Wax is not formed in the deep part of the ear canal (near the eardrum), but only in the outer part of the canal. So when a person has wax blocked up against the eardrum, it is often because he has been probing his ear with objects that have served as ramrods to push the wax in deeper.

One doctor tells the story of a 16-year-old who complained of hearing loss in his left ear. After taking a brief history of the patient, the doctor learned that the young man customarily took 30-minute shower, so he wasn’t surprised to see a swollen earwax plug when he looked into the teenager’s ear canal.

How do you fix the problem?

Whatever the cause, impacted earwax should be removed. There are steps you can take – often at home – to clear up the build-up and prevent future accumulation. But before you embark on any treatment, make sure your eardrum is intact and you have no history of ear infection, ear surgery or eardrum perforation (puncture). If you are uncertain whether you have a hole in your eardrum, consult your physician.

First, if your ear feels full and your hearing hindered, you might try putting some baby oil or over-the-counter eardrops in your ear to soften the wax. Using such eardrops in the presence of eardrum perforation may cause an infection, hence the note of caution above.

You may soften the wax over a few days by instilling several eardrops (6 to 8) into the ear canal twice a day.

Over-the-counter solvents are not as strong as the prescription wax softeners, but are effective for many patients.

If you are prone to earwax build-up, you might want to use eardrops on a weekly basis to keep cerumen from accumulating.

If your ear still feels blocked after using the eardrops, you should consult your physician who will either prescribe a stronger solvent; irrigate the ear (here, too, a hole in the eardrum can start up an infection); use a suction tube to vacuum out the wax; or use a tiny special instrument to pull out the plug.

Once the wax is gone, your hearing should improve dramatically.