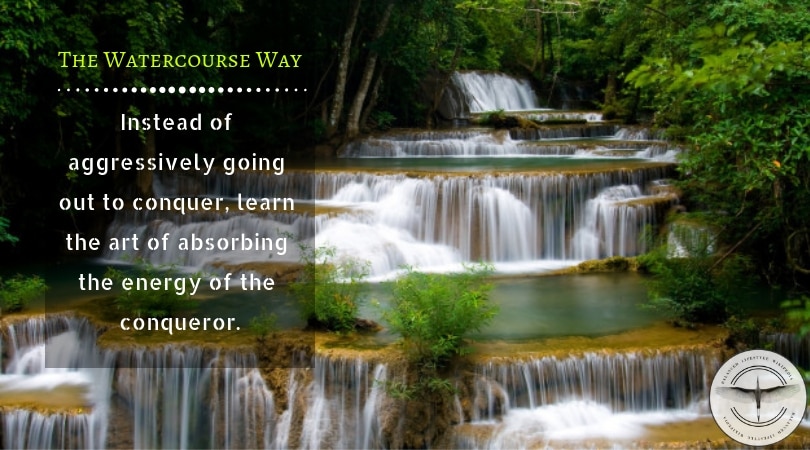 In a study of lottery winners in the United States by the Success Institute, it was found that the positive impact of being rich wore off in about a year and a half. In eighteen months, the winners reverted back to their true personalities. If they were happy people before the big win, they were happy eighteen months later. If they were whining and miserable before the big win, they shifted back to being whining and miserable: “Everybody’s after me for my money…the taxes are killing me.” What this study shows is that success cannot be equated with happiness.

The success institute of the world try to allure people struggling to achieve their coveted goals by participating in various programs and exercises, not realizing that they are driving them towards a precipice. The passwords to these institutes are achievements, goals and ambition that in turn insure the side effects of stress and ruthless competition. If success gives heart failure and high blood pressure, if success leaves a bitter taste in mouth, then there is more to success than meets the eye. And what does not meet the eye is a simple fact that the conventional success brings failure in its wake.

If this is the case are we equipped for weathering the ninety-nine percent before we get hold of the one percent? If success means achievement, defeating others and grabbing something for ourselves, it will bring failure in its wake, because by the time we are there, we will have lost our sleep, peace of mind; maybe some close friends and the capacity to enjoy. Then left in our lonely glory we will ask ourselves “What have I achieved?”

The Trappings of Success

The internet is loaded with sites on ‘how to succeed.’ Most are for those wanting to take a short track to some fast money, but nothing is for free. So here are a few selections off the web on the effects of success in our lives today plus some interesting quotes about success. Do they ring a bell?

Scientist from the University of Newcastle, Australia, set out to examine the impact of a materialistic approach to life. They found that wealth and happiness, though associated with success:

They also report that if you are driven by success you will:

On the lighter side of success..

“I don’t know the key to success, but the key to failure is trying to please everybody.” – Bill Cosby

“Many of life’s failures are people who did not realize how close they were to success when they gave up.” – Thomas Edison

“Only those who dare to fail greatly can ever achieve greatly.” – Robert Francis Kennedy

“He has achieved success who has worked well, laughed often, and loved much.” Elbert Hubbard

“A minute’s success pays the failure of years.” – Robert Browning

“Success is not the key to happiness. Happiness is the key to success. If you love what you are doing, you will be successful.” – Herman Cain

“I find that the harder I work, the more luck I seem to have.” Thomas Jefferson

Let’s remind ourselves to chase the mirage of success only if we know how to deal with failure, because trying to create a goal outside ourselves is an insult to our being. We are endowed with all that is needed to live a fulfilled life – why do we create a distant goal and start chasing it? Why place a value on some jackpot, a high post, a BMW car or marrying Miss World – then working day and night to get it? Momentary achievements are not going to give lasting satisfaction.

Let us take the watercourse way – the way of Tao. Instead of aggressively going out to conquer, learn the art of absorbing the energy of the conqueror. By and by, we become an integrated centre of energy – the real success of being a success within our own self.

We have searched high and low to expand and expound, to offer some clues on success and its potential from the point of view of the New Man – who is able to be deeply rooted in the material world and to simultaneously soar to heights of consciousness. With our creativity in gear, we propose a toast to life – one of inner and outer success, and we welcome you to the world of the New Man. Read on!