The Perils Of Trying (Too Hard) To Get Fit! 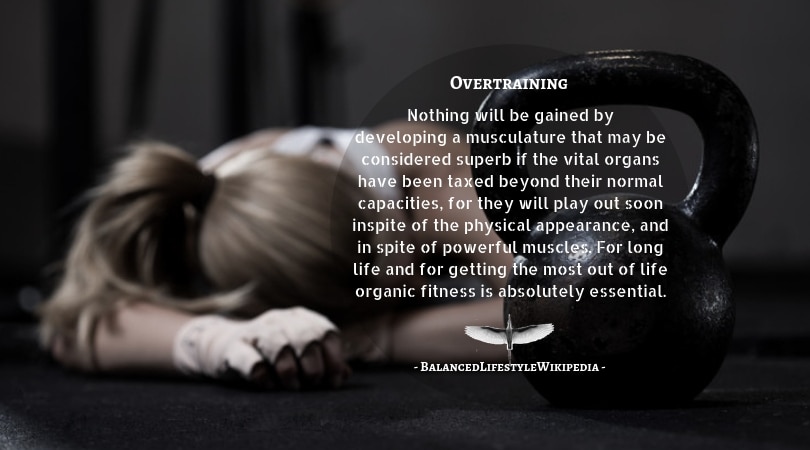 Maybe you should stop envying the apparently super-fit. Every week thousands of men and women injure themselves trying to get obsessively fit.

So, what’s the truth about exercise? Is it good for you? How dangerous is it?

If your heart is in perfect condition, then exercise is unlikely to do it any harm. But if you’ve spent years eating fatty foods, smoking, drinking and lounging around then the chances are high that your heart is already showing signs of damage. And heavy exercise could kill you. Men between ages 35 and 55 who get carried away in the gym are the ones most likely to be carried away on a stretcher. The number of young – and apparently fit – sportsmen who collapse and have heart attacks is horrifying high. And only HALF the runners who die of heart attacks have any other known risk factors – family history of heart disease, high blood pressure etc. The older you are – and the more UNFIT – the greater your chances of causing serious and possibly permanent damage to your heart by over-exercising.

For years now some doctors have argued that the mental and physical stress of too much exercise could cause cancer.

The incidence of serious, long-lasting or recurrent infection among top-rated athletes seems remarkably high. The list of sportsmen who are said to have suffered from bugs in the past includes scores of superfit stars. Could it be that over-enthusiastic exercise ‘wear out’ the body’s defences and makes it vulnerable to a wide range of infections?

Exercise-induced asthma is a common problem. According to Volume 1 of The Olympic Book of Sports Medicine (it might tell you something about the hazards of exercise if I point out that this book is 692 pages long), exercise included asthma may affect individuals who have a history of childhood asthma or wheezy bronchitis, patients with eczema or hay fever and even those who are related to asthma sufferers. Individuals who exercise out of doors in large cities also run the risk of breathing in large quantities of heavily polluted air – with a resultant increase in the risk of chest infections.

According to S.N. Sullivan, a Canadian gastroenterologist, 10 per cent of runners and joggers suffer from heartburn and 25 per cent suffer from troublesome abdominal cramp or diarrhea during (!) or after a competitive run. Sullivan concluded that ‘alterations in gastric function are extremely common’ in runners.

Exercise can wear out the hip joint prematurely. The best proof of this lies in the fact that hurdlers – who put a greater then average strain on their hip joints – expect to suffer from premature degenerative joint disease of the hip.

The back consists of scores of separate joints which are jiggled and joggled by repetitive exercise. Backache is a common problem among sportsmen and athletes. Running, in particular, tends to tighten the lower muscles of the back causing low back pain and increasing the risk of conditions such as ruptured disc or spondylosis.

Golfers who practice for long periods without straightening up may suffer from ‘golfer’s back’. (The stress and often unaccustomed exercise associated with golf also make it one of the most dangerous of all sports. More people die on the golf course than during any other sporting activity with the possible exception of sex).

Tennis and badminton players are especially at risk. Tennis elbow (or lateral epicondylitis) is a painful and often long-term disorder which can be extremely difficult to treat. It is caused by overuse. Golfers may also suffer from ‘tennis’ elbow.

Shoulder problems are commonplace among tennis, badminton and golf players.

Squash is the most dangerous game as far as the eyes are concerned. A squash ball will fit neatly into the eye socket and can, therefore, do an enormous amount of damage to the eyeball.

Damage to the cervical spine – with resulting paralysis – is most common in combat sports. The current enthusiasm for karate and aikido has seen a dramatic increase in the number of such injuries. Diving, particularly into a shallow pool, can result in serious neck injuries.

Women who exercise too much frequently complain of irregular periods and low levels of fertility. Men who exercise excessively and regularly have 30 per cent less male hormones than men who don’t – and may find that their sex lives are adversely affected.

Women who exercise regularly can suffer from breast sag and a general loss of shape. Wearing strong ‘athletic’ support bras will only partly prevent this problem. Constant rubbing of the nipples – in both men and women – can cause soreness and bleeding that can be difficult to heal. Special creams and nipple shields can be bought to prevent this problem.

Particularly common among footballers who head the ball a lot. But the stress associated with many types of exercise also frequently produces tension headaches.

The knee is the most delicate and the most injury-prone of all joints. Just about everyone who exercises regularly – from footballers to runners to weight-lifters – will probably suffer from a knee injury at one time or another. The most dangerous injuries are those which involve the ligaments. Arthritis – caused through overuse – is common among all athletes and professional sportsmen who thrilled the crowds in their youth can usually be seen limping around in their 40s and 50s simply because they have worn out their joints.

Athlete’s foot (a common and extremely infectious fungal foot problem) and blisters may be the most common disorders. But arthritis, fractures and problems such as calcaneal spurs can make even walking difficult for the over-enthusiastic athlete.

Too much exercise can lead to the kidneys being put under constant high pressure – with the result that a condition known as athletic pseudonephritis may develop. This disorder can lead to long-term damage of the kidney.

Exercise isn’t the only aspect of keeping fit that can cause problems. Many people – particularly men and women in their 30s and 40s – decide that they’ve let themselves go. Faced with middle age and aware of their own mortality they suddenly decide to start eating sensibly.

But some diets that are allegedly GOOD for you can be BAD for your health. The human body needs a good mixture of protein, carbohydrate and fat and a diet that contains too little of any one constituent can be dangerous.

Many people who are trying to ‘get fit’ eat large quantities of protein. But a high-protein diet can cause kidney failure. A diet that contains too little fat can result in your hair and skin becoming dry and unhealthy. Plus, anyone who stays on a very low fat diet for too long could become deficient in vitamins A and D – both of which are fat-soluble.

A low-carbohydrate diet can lead to faintness, tiredness, irritability and dizziness.