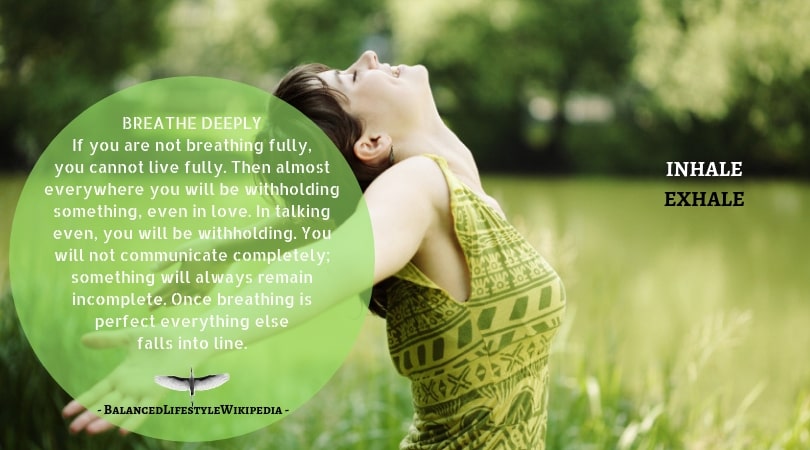 A very great deal has been written about the value of breathing and breathing exercises, and quite unnecessary stress has been laid by misguided enthusiasm upon certain types of breathing for specific effects upon the body. Without doubt, however, deep breathing to expand the lungs, taken at regular intervals or at least frequently, is of great value. What many persons do not seem to know is that natural exercise taken strenuously enough to stimulate the heart and circulation will necessitate deep breathing and therefore will have a favourable influence upon the breathing mechanism. I am convinced that it is far better to obtain this lung exercise involuntarily or subconsciously, through exercise necessitating deep breathing, than through exercises involving practically solely the breathing apparatus.

Children, if others do not check their play, usually obtain the right kind of exercise. Their running and jumping games, their races, and so on, are along the lines of natural exercise and tend to improve their vitality and to strengthen their vital organs. One trouble with many people is that as soon as they reach early adulthood their “dignity” prevents their exercising similarly. In consequence, there begins a slow degeneration, not only of the lungs and breathing mechanism, but of all parts of the body, particularly the vital organs. Running and wrestling are types of very vigorous athletic exercises that compel deep breathing and lung development, without any special breathing exercises. This is particularly true, of course, if such exercises are taken with regularity throughout the year rather than spasmodically and too infrequently. In such cases the degeneration may have so progressed that strenuous exercise is a strain rather than being of benefit.

[Read: How Well Do You Know Your Body?]

A man should be able to develop a chest expansion of from four to five inches, with a lung capacity of three hundred to three hundred and fifty cubic inches. A woman may have an expansion practically the same, with a lung capacity of approximately two hundred and fifty cubic inches. Her lungs are naturally smaller and shorter, so that while she may have the same chest expansion she will not have as large lungs, consequently will have a smaller lung capacity. But to attempt to secure a phenomenal expansion and lung capacity is wholly unnecessary and, in fact, inadvisable. The rest of the vital organs cannot well accommodate themselves in their capacities to the tremendous lung capacity, and nothing is to be gained by this one-sided development.

If one’s occupation, general surroundings and general physical condition are such as to preclude sufficiently active pastimes to develop the lungs to their best, it is not only advisable by necessary to frequently engage in voluntary deep-breathing exercises if the highest degree of health in general is to be developed. Not only are the lungs developed and exercised by sufficiently strenuous exercise; every part of the body is benefited.

[Read: Your Daily Routine For Better Health – From Waking To Going To Sleep]

In addition to the effect upon the blood through aeration and upon the spine and nervous systems through the effect of breathing upon the ribs, when the lungs are properly developed there is ample room to receive blood pumped from the heart, making improbable any backing up in the heart because of interference at this point. This favors strengthening and toning of the heart itself and improvement in the general circulation – aside from the effects of the exercise itself upon the circulation.

In addition, each deep inhalation of air causes a greater excursion of the diaphragm downward over the abdominal organs. This very flexible dome of ligament and muscular tissue lies immediately between the lungs and the abdominal contents. The shallow breathing of the average individual causes only very limited movement of the diaphragm; but the deep breathing necessitated by suitably strenuous exercise or by proper deep breathing exercises will drive the diaphragm downward with sufficient force and for such a distance as to have a very pronounced massage-like effect upon the great organs lying within the abdomen. When the breath is exhaled the diaphragm ascends, and if the breathing is deeper than usual the ascension of the diaphragm, as well as its descent, will be greater. Thus a very pronounced and vibratory massage will be given to the liver, stomach and colon particularly.

A great deal has been written about the type of breathing of the greatest benefit. If one will observe a child, whether at rest or after strenuous play, and whether standing or reclining, it will be found that the greatest expansion of the lungs is in the lower portion, involving expansion and retraction of the abdomen as well. But it should not be necessary for one to pay conscious attention to the type of breathing. Normally a breath of air expands the lower portion of the lung, but if deep enough the breath will also expand the middle and upper chest as well. Upon exhaling, the reverse order of chest involvement will be observed – the upper chest “collapses” first and finally the lower.

A complicated system of exercise is not at all necessary to secure proper breathing, or sufficient deep breathing. However, instead of merely standing and inhaling deeply, in the course of various groups of exercises, there should be enough stationary running or deep knee bending, chinning or pushing up from the floor, or enough abdominal or spinal exercises to necessitate deep breathing. It will be practically certain that the breathing will be properly done; but if not sure, it might be well at first to stand before a mirror and observe the chest and abdominal expansion in order to correct any breathing faults that may have developed. Of course if one has a definite lung disease or a heart disease or high blood pressure or certain serious abdominal conditions, as hernia, or has had a recent operation, then such strenuous exercises as will necessitate deep breathing may be impossible, and only moderate breathing exercises may be necessary.

Care should be taken to have an abundance of fresh air at all times, but this is particularly important when one is taking deep breathing exercises or is forced to breathe deeply. Of one’s exercise is performed in one’s room, it should be before an open window. There is nothing better to brush the cobwebs from one’s brain early in the morning than to stand as nearly nude as possible before an open window and go through sufficiently strenuous setting-up exercises to call for deep breathing.

It is very important also that one breathe through the nostrils and not through the mouth. This is important at all times, but particularly so when the air is cold. The mucous membrane and the more or less intricate passages, through which the air must go through the nose, tend to warm the air before it enters the lungs. If there is any interference with the upper air-passages, making it necessary to breathe through the mouth upon exertion, steps should be taken for the removal of this obstruction, either by natural means or, if necessary, by surgery.

There is no difference whatever in the type of breathing best for women from that which is best for men. In the past, through the use of corsets, women’s breathing was naturally considerably different, and chiefly confined to the upper chest. But with the discarding of the corset and the obliteration of the waste-line, women develop the same type lungs as men, with the above-mentioned exceptions, and need to have them developed in identically same way, even if not by such strenuous activity.