Round Out Your Delts For Bigger Gains In Size And Strength! 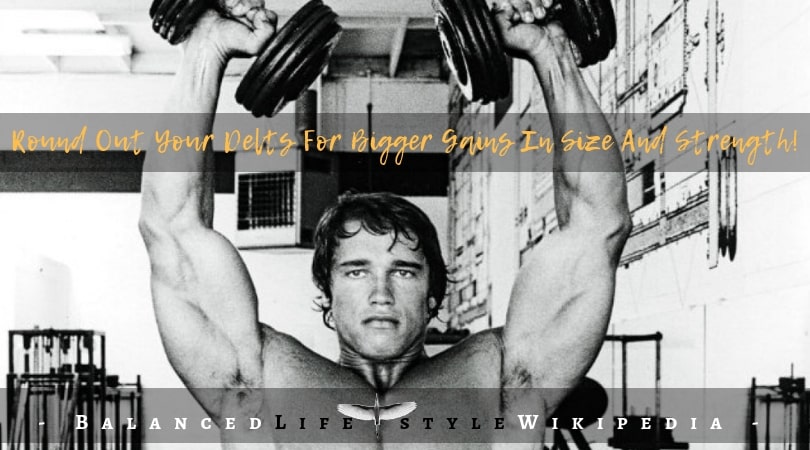 Shoulders are one of those rare body parts that are often both overtrained and undertrained. Allow me to explain: With delts playing a part in all chest pressing movements, it’s easy for them to be overtrained and so come up short when shoulders are worked.

The reason I say many people undertrain delts is because they stick to the same old moves for shoulders – barbell or dumbbell overhead presses, dumbbell lateral raises, and maybe upright rows. Before you get trapped in this sort of rut, start working the following moves into your shoulder routine:

I rarely see people in the gym doing their laterals with cables; everyone seems to stick to dumbbells, probably just out of habit. With cables, not only can you do just as many variations as with dumbbells but the constant tension (which you don’t get with dumbbells) puts greater stress on the lower part of the middle deltoid where it ties into the biceps and triceps. Try to do at least one cable movement in every shoulder routine – for example, lateral raise, front riase, bent-over lateral raise or cable upright row. The first three can be done with one or both arms and either seated or standing.

Another thing I notice is that when people do lateral or front raises with dumbbells, they generally do the traditional version where you stop at shoulder level. Try switching it up sometimes by taking the weight all the way overhead. Instead of stopping when your arms are parallel to the floor on the lateral raise, keep going so the dumbbells almost touch over your head; on front raises (best done with alternating arms), lift your arms all the way up to perpendicular to the floor. This takes the shoulders through a greater range of motion, hitting more muscle fibres, and involves the traps. But don’t do this on all your sets of lateral raises or front raises since it will limit the amount of weight you can use. Moving through this fuller range of motion can also be difficult for those with shoulder problems.

I’m not promoting my favourite namesake lift here for the sake of gratuity – it really is a great move for both the front and middle deltoids. Hold a dumbbell in each hand at shoulder height with your palms facing you and your elbows near your sides (as in the top position of dumbbell curls). As you press the dumbbells, rotate your arms and hands so your palms face forward in the top position (just short of lockout). Reverse on the descent. It’s a tough exercise but also very effective.