By: Jonathan
In: Parenting 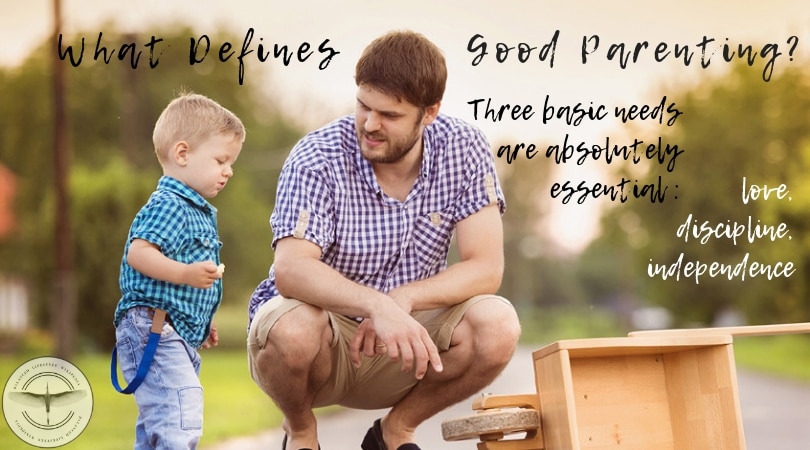 How to be a better parent?

No other  task in the world is so complicated and challenging as that of raising children. Yet a career spent with youngsters and their problems has led me to this haunting conclusion: each set of new parents approaches the formidable assignment of raising humans with the least imaginable training and preparation. For the relatively simple roles of doctor, lawyer, pilot, plumber, it is taken for granted that years of preparation will be necessary to attain even mediocrity. But one is apparently assumed to come to the job of being a parent divinely endowed with knowledge and experience. And when we stumble along the path, and the resulting product is less than perfect, the world feels free to point an accusing finger at us.

How, then, does the perplexed parent avoid stumbling? What guidelines will help make him a “good” parent?

To me, the good parent is simply one who ‘more than half the time’ does the right thing instead of the wrong. He knows that thousands of factors contribute to and shape the final personality of a growing human being. But he realizes that in the long run only three basic needs are absolutely essential: love, discipline, independence.

Of the three fundamental requirements, the first– love–is the most important. And it is unique in that there can never be too much. An excess of discipline, or too much independence, can be harmful. But of love, the more the merrier.

The type of love a child needs is the kind that says, “I love you, Joe, not for what you do or don’t do, but just because you’re you.” This is the uncritical kind of love that builds self-confidence, creates a strong self-image, leads to a willingness to try without fear of the consequences of failing. There is no doubt that most parents feel this sort of affection for their children, but don’t know how to express it effectively. Three precepts may prove helpful:

Tucking a child into bed at night, while forbearing to review his misdeeds of the day.

Offering a comforting arm or a lap even though he’s not hurt badly.

Being visibly proud of him when he has given you no earthly reason even to admit that he’s yours.

Perhaps the most elegant way of all to communicate your love is to praise a child out loud to strangers, to relatives, to your mate, in the child’s presence.

Discipline is important simply because we live in an organized society where, if you have not learned life’s requirements at an early age, you will be taught them later, not by those whose love tempers the lesson but by strangers who couldn’t care less about the harm they do to your personality.

“Discipline” and “punishment” are not synonymous. Punishment suggests hurting, paying someone back for a wrong committed. Discipline implies an action directed toward a goal. You discipline with the intention of helping the recipient to improve himself.

The basic rules of discipline apply equally to any teaching situation.

Now, don’t panic, Mom and Dad. Though you may know very well that you are not absolute authorities, you must assume the ‘disguise’ of authority. Here is the key: an authority is only a fellow who knows more about a subject than the person he is addressing. Therefore, until the pupil’s confidence in the discipliner is established, the subject must always be chosen so that the teacher can prove his point if challenged. The child is not scolded, not reasoned with, not nagged, not punished. He is simply ‘made’ to comply! The spoken command coincides with physical enforcement. The creeper headed for the lamp cord is called back only as he is being bodily carried back. The toddler is summoned to lunch only as his mother grasps his hand and leads him to the table.

Thus, by concentrating early discipline on lessons which can be promptly backed up by physical means, the parent begins to establish infallibility as an authority. And the converse must also be observed: Avoid disciplining in matters which you cannot enforce. For example, it is unwise to instruct a young child to “Eat your food,” “Go to sleep,” “Stop that crying,” because you cannot possibly enforce the lesson.

Bribery is equally dangerous. When you say, “Bob, I am proud of the way you behaved in front of Aunt Agatha today,” you are rewarding Bob. When you say, “Bob, ‘if’ you behave well in front of Aunt Agatha today, I’ll be proud of you,” you are offering a bribe. The first is legitimate; the latter, destructive. For a bribe, like an explanation, thrusts upon the child the necessity of choosing.

So there it is: the triad of requirements necessary for the development of emotional health. Give away your love to your children, and you will receive back more love than you can encompass. Discipline your children to recognize reality, and in the doing you will enrich your own understanding. Welcome their evolving independence, and you will be supported by the strength you have helped them attain.