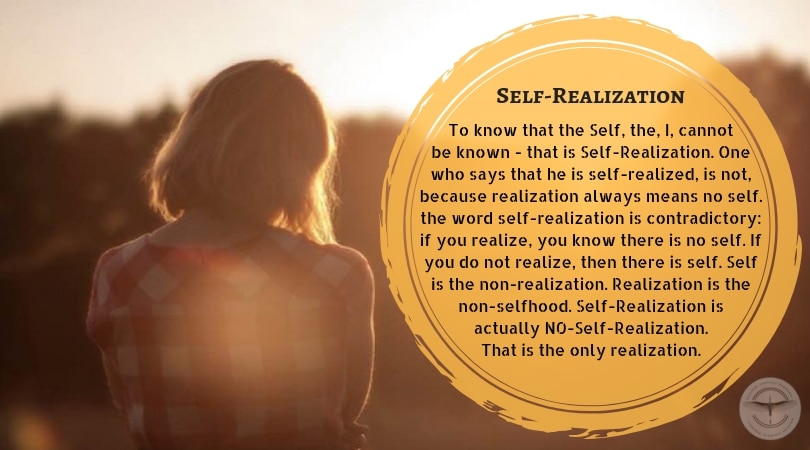 Here is a Shloka 12, Second Discourse, from The Bhagavadgita, Sri Krishna says, “Nor at any time verily was I not, nor thou, nor these princes, nor verily shall we ever cease to be hereafter.” Vide Shloka 13, Bhagwan further says, “As the dweller in the body experienceth in the body childhood, youth, old age; so passeth he on to another body.” Vide Shloka 20, Second Discourse, Bhagwan further says, “He is not born, nor doth he die; nor having been, ceaseth he any more to be; he is not slain when the body is slaughtered.” See Shloka 22, Second Discourse, Bhagwan Sri Krishna further says to Arjuna, “As a man, casting off worn-out garments, taketh new ones, so the dweller in the body, casting off worn-out bodies, entereth into others that are new.” Vide Shloka 27, Bhagwan further says, “Certain is death for the born, and certain is birth for the dead.” We, human beings, are born again and again. And every time, we suffer. There are five main causes of suffering – lust, anger, greed, attachment and ego. And what is the way out? The Vedas, Upanishads, Gita, Ramayana, Gurbani, Bible, and all the saints say that the way out of suffering lies in Realization. God-Realization is the way. But God-Realization is not possible without Self-Realization. Once the Self-Realization dawns, the fruit of God-Realization comes with the grace of our Gurus. A person who wants to have Self-Realization, must find the answer to the most important question of life – “Who am I”? Am I body? Am I mind? Am I body and mind complex? Am I buddhi (inner wisdom or intellect, the function of mind that knows, judges, decides, and discriminates)? Am I heart? Am I ego? Am I something beyond these changing body, mind, buddhi, and ego? Who am I? The words that may be used for I are – Self, Individual Consciousness, Atma, Spirit, Soul, Microcosm, etc.

One can watch, one can observe, one can witness, one can be aware, one can be conscious of one’s changing body, mind and buddhi. One can see one’s changing surroundings. One can observe the changing seasons. And to witness the changes, what is needed is one who does not change. Only an unchanging I or self can be a witness, observer or watcher. Only the human being is uniquely gifted with the ability, with the faculty, of observing both – object and subject, surroundings and Self, at the same time. One can be aware of the object and the Self simultaneously. Follow the incoming and outgoing breath. You can observe the breath and the observing Self both at the same time. Generally we focus on the activities we are doing, but during meditation we focus on the Self. Meditation means witnessing, watching, observing the surroundings, or body, mind, buddhi, or simply our incoming and outgoing breath – but with focus on the observing Self, with being aware of the Self. True meditation is descending into the depths of our Conscious and Aware Self. Things keep changing constantly. The only stable point in the whole of creation, in the whole of universe, in the whole of the world is self. It is I, the Self, Atman, soul, individual consciousness that is always stable, unmoving and unchanging. It is a stable point just like axle is a stable point in a moving fan. We are able to sit on a chair comfortably only when it is stable. The saints say that mind should be engaged with the Self and the body should be used for work that is in the performance of duties. Self-Consciousness, Self-Awareness gives us eternal calmness and the performance of duties, intensive activity, gives us joy and success in life.

During the waking state, the Self or Atman is a witness of the surrounding environment, it watches the activities that are going on in the world. During the dreaming state, the Self or “I” observes and sees the dreams while sleeping. During the state of deep sleep, the Individual Consciousness is absorbed back by the Universal Consciousness that is God. During this absorbance, one is not aware of body and mind and one’s surroundings. One cannot see the dreams even. But the Universal Consciousness that is our Higher Self is aware of this state of deep sleep. And the Individual and Universal Self both are one, both are Inseparably One, both are Inseparable and Eternal Companions – is a fact, is the Truth. During this absorbance in deep sleep, one is happy and full of bliss, one is relaxed, one is at rest, one enjoys oneself without worldly things and worldly companions. It is a state of Joy. One who enjoys this state of deep sleep at night, rises in the morning fully refreshed. The fourth state called Turiya is a state of Realization. During Turiya, all distinctions among the observer, the observed and the means of observation disappear. During Turiya, the knowledge of the Unity of Existence, that is Oneness of Life, is experienced. During this state, the individual consciousness and the Universal Consciousness both are inseparably One. The Bhagavadgita was spoken by Bhagwan Sri Krishna during this state of Turiya. All the states of the Individual Consciousness are transitory, only Consciousness Itself is permanent. The Self is Subject and It is not realized as an object. “I”, the Self, Atman or Soul is not an object. The Self is not that which can be experienced as an object. The Atman, the Self, is formless. Its centre is body but It Itself has no circumference. Whatever the Self experiences is not the Self. But the Self is always present during the various experiences. It is a Witness. There is no doubt about the existence, about the Presence of I, the Self, the Witness, the observer. Experiences change, but I am unchangeable, stable, a Conscious Reality. Whatever is known cannot be I. the Self, I, Atman, the Individual Consciousness, is That which cannot be known. To know that the Self, the I, cannot be known – that is Self-Realization. In day to day life, we focus on the known; in meditation, we focus on the knower, the Witness!

See the Gospel of Sri Ramakrishna, Chapter III; on August 5, 1882, during His visit to Pundit Iswar Chandra Vidyasagar at Badurbagan in Central Calcutta, Sri Ramakrishna says, “The Rishis attained the knowledge of Brahman. They realized Brahman, that is God, as their own Inner Consciousness. But in the Kaliyuga, it is not proper to say, “I am He.” It is better to sat, “I am the child; Thou art the Mother.” It is because even after the God-Realization, this “I-Consciousness” comes up again!” one cannot remain in the state of Turiya for ever while dwelling in the physical body. The Truth is, that Self-Realization – during Turiya, Itself is God-Realization!

Those who realize Brahman in samadhi find that it is Nirguna Brahman That has become the universe and its living beings.

The Vijnani sees that the Brahman, Who is realized by the Brahmjnanis, becomes the Bhagwan – the Personal God.

Thus Nirguna and Saguna aspects of God are realized by the saints in samadhi. Both the aspects belong to the same Reality. The same God is both – without form as well as with forms – invisible Universal Consciousness as well as the universe and its living beings.

[Read: The Human Being]

All schools of Vedanta recognize that the Ultimate Reality, the Source of the phenomenal world, is Brahman that is God. Acharya Shankara recognizes both nirguna and saguna, but emphasizes the nirguna aspect. Nirguna Brahman is impersonal. It is Self-Existent. It is undifferentiated Consciousness. Saguna Brahman, called Ishwar is related to the manifested world. Ishwar is the personal aspect of the Impersonal Brahman. Maya is the power of Brahman. The universe and jivas represent the body of Saguna Brahman. Ramanuja believed that matter and jivas are constituted by God’s Essence. According to Madhva, matter and jivas are entirely dependent on God. Both Advaita and Vishishtadvaita schools believe that there is only One Reality, which has appeared or manifested as the world and the jivas. This Reality is Atman, which is Brahman Itself. Matter and souls are intimately and inseparably connected to God; they represent God’s body. God is the soul of the Nature. Also God is the Universal Self of all the individual selves. Ishwar holds together in unity the dependent matter and individual souls as His Body. God is immanent in the world. God is the efficient as well as the material cause of the manifested world. Madhva believed that God alone is independent, while souls and matter are absolutely dependent on Him despite their uniqueness and differences. God has complete control on Nature and souls. It is in accord with God’s will that Nature evolves various material objects and souls become embodied. God is the Immanent Ruler of the world and souls. Nirguna Brahman and Saguna Brahman are coexistent aspects of the Eternal Brahman. The views of Vedanta were not derived by pure intellectual analysis. Vedanta’s views are based on the spiritual experience of the rishis. Impersonal as well as the personal aspects of Brahman, that is God were experienced by Sri Ramakrishna!