Gaining An Edge On Age 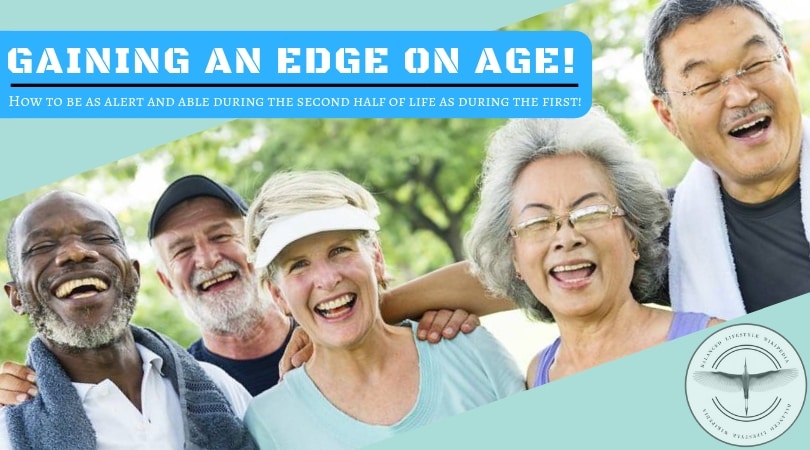 Author (Dick Teresi) Bio: Dick Teresi is the author or co-author of several books about science and technology, most recently The God Particle and Lost Discoveries: The Ancient Roots of Modern Science, both selected as New York Times Book Review notable books. He has been editor in chief of Science Digest, Longevity, VQ, and Omni, of which he was also a cofounder, and has written for The New York Times, The Wall Street Journal, Smithsonian, The Atlantic, and Discover, among other publications.

This special piece of content is devoted to youthful aging, meaning how to be as alert and able during the second half of life as during the first. There has never been a time like this in science, when so many brilliant minds are working to unravel the mysteries of why our biological clocks wind down and what can be done to slow that decline. In the following paragraphs I bring you a report from the front lines of Aging Research, with tips from the experts on what you can do today to put more in life in your future years. What better way for me to celebrate my own Longevity than to start you on the Road to Rejuvenation!

Consider Two Established Numbers: The Life Span of our species, the maximum time any human can stay alive, has been estimated at 115 years. Our Life Expectancy, the average length of time Americans really live, is only 75 years. The distinction is important because people generally believe that life span has increased dramatically throughout history, when it hasn’t. Great Strides have been made in life expectancy, however. During the Roman Empire, life expectancy was a mere 22 years. But life span then was pretty much what it is today – somewhere around 115 years.

Life expectancy has continued to increase because we have eliminated or learned to treat so many fatal childhood ailments and because we now cope so much better with infectious diseases. But the ancients who made it past these roadblocks had as good a chance as we moderns of inching towards 115 – and as little chance of going beyond.

While scientists work feverishly to increase longevity, much of the public is ambivalent. To many, longer life means additional decrepitude. Dr. Roy Walford, Professor of Pathology at the University of California, Los Angeles, School of Medicine and a leading expert in dietary restriction, is well aware of this prejudice. “People are afraid of increasing life span because they think it means just adding old years onto old. But we’re talking about keeping people younger longer.” Indeed, the goal of longevity research is to extend youthfulness as well as life itself.

But it may not be turning out that way. That’s the view of Dr. Jacob Brody, an epidemiologist who is Dean of the School of Public Health at The University of Illinois in Chicago. Brody comes at you with scary statistics. “Today in Sweden,” he says, “Only 18 percent of all deaths occur in those under 65 years old. That will be true throughout the rest of the developed world by coming decade.” Good news? Not really, says Brody. “Dying will occur later and later, that will give people time to get nonfatal, age dependent diseases.” What we should strive for, according to Brody, is “Active Life Expectancy – years one lives free of any illness and at full function.” Right now, he claims, for every four months tacked onto human life expectancy, only one month will be lived independently at full function.

Brody points out that though we’ve added 25 years to the life expectancy of women in this century, the age of menopause hasn’t been affected. He suggests a two-pronged approach to postponing nonfatal, Age-dependent Conditions: Studying the effects of behavior change, such as regular exercise and a healthy diet, against these conditions; and more basic research to answer questions such as, why do people’s eyes begin to deteriorate at age 40?

Aging is a basic mechanism that brings our species to its knees. If you don’t think this piece of content applies to you because you’re too young – well, if you’re old enough to read health articles, you’re probably already aging. Some scientists say we begin to age soon after puberty. Edward L/ Schneider, Director of the Buck Center for Research in Aging, a privately supported center has a more radical view. “Aging starts somewhere around conception,” he likes to say. Whenever it starts, aging is a problem for more than the elderly. Now for the good news, we’re starting to make headway.