FAT-LOSS FICTION – Here’s The Real Question For Leaning Out

By: Jonathan
In: Weight Loss 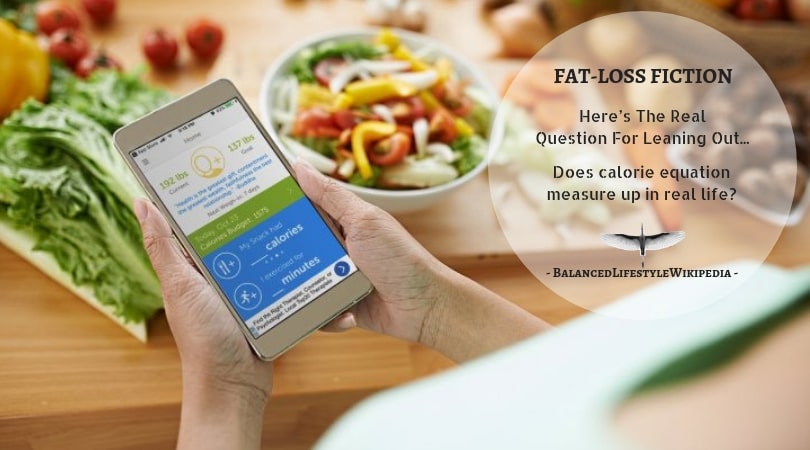 When it comes to waving good-bye to the pounds, the magic number is 3,500, say countless nutrition experts, diet books and magazine articles. That’s the number of calories it takes to lose a pound of fat. Spread a 500-calorie deficit over seven days and presto! You should emerge 1 pound lighter.

Unfortunately, the maths isn’t so clear-cut in practice – as you probably know if you’ve ever tried to implement this equation in your diet. Many people find that though they manage to trim their calories in accordance with this theory, the numbers on the scale don’t seem to equal their efforts. What gives? As we’ve reported before, here’s why 3,500-calorie equation doesn’t measure up in real life.

“The [value] is fundamentally flawed in that it assumes two things. One, that the components of energy intake and energy expenditure are static; and two, that they don’t interact,” notes Joseph Donnelly, professor of health, sport and exercise science at the University of Kansas, USA. In other words, while it’s easy to control how much a lab rat eats and energy it expends, humans are forced to contend with literally thousands of outside factors that impact our behaviour – and our bodies. Unless you’ve decided to spend your days and nights living in a bubble at a research lab, your calories in and calories out will vary, sometimes drastically, each day.

The only way to perfectly control the calories you take in is to eat nothing but prepared, pre-packed, exact servings of food. (And this is assuming the pre-packed foods have been perfectly analysed.) Go out to eat once and you’ve blown the tab for the day, since preparation and portion size vary wildly at restaurants. Sounds like a fun way to live, right?

Calories out can also vary widely. Causes of the variation include resting metabolism, exercise, lifestyle activity and even the thermic effect of food, and all of these can interact with each other to throw off the numbers. Are there ever two days that you do the exact same amount of fidgeting, train with the exact same intensity on exactly the same exercises and exactly match your entire day’s activities? No a chance. Even something as minor as the timing of your meals can affect energy expenditure: going too long between meals can depress your metabolism, so that the same number of calories now results in a different outcome.

All those variables aside, let’s assume for a moment that you somehow managed to actually accomplish your 3,500-calorie deficit. “Nothing is to say that all you lose is fat,” says Donnelly. Your loss may also include water and muscle. “I think people get carried away with calculations and exactness,” he adds. “You would move toward being able to use that calculated model if in fact you controlled for everything… but you can’t and you don’t.”

Of course, that doesn’t mean operating on the 3,500-calorie notion is completely hopeless. We don’t want you to scrap your calorie-counting books and throw nutrition labels to the wind. However, it is critical that you recognize the fact that the 3,500-calorie equation is only a rough guideline that can sometimes be discouraging if you don’t get the results you expect. Instead of concentrating on exactness, focus that energy on the behaviours of eating well and staying active.

First, strive for a diet that is high in lean protein, moderate in carbs, and limited in fat, with most of the fat coming from healthy fats. Second, be consistent with a training programme that includes resistance work, cardio and plenty of time to rest your muscles, allowing your lean body mass to increase and your per cent body fat to decrease. By sticking to those principles, rather than some magic number that is impossible to fully control, you will, over time, achieve the muscle gain and fat loss you desire. You are not a lab rat; you are a human being with the desire, willpower and dedication to build a rock-hard physique – and you can do it. Good luck!

Click Here to Get the Best Program to Weight Loss: Lean Belly Breakthrough!