Are You Getting Enough Sleep? 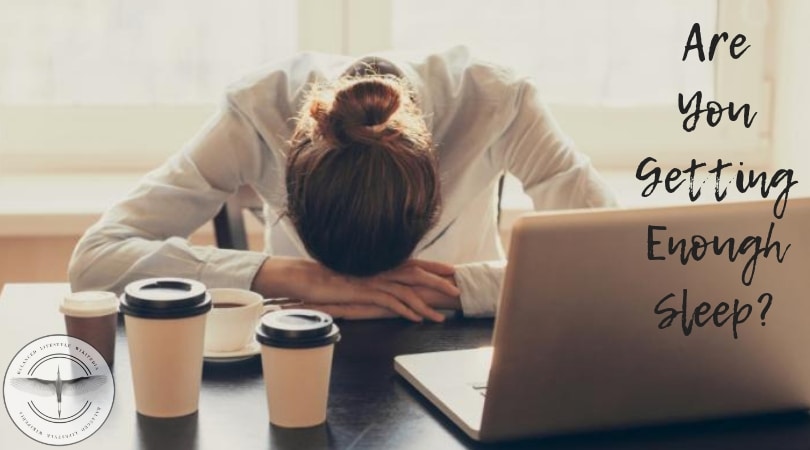 A HYPER-TO-THE-CEILING sort of executive has not slept more than three hours a night in the last couple of weeks. He thinks it’s riot his friends cannot tell. And he guesses that he does best on maybe six hours a night. Who knows? He rarely gives himself much more.

Chances are, neither do you? Experts report a near-epidemic these days of people who short themselves on sleep.

The top reason they don’t get enough shut-eye: Sleep seems expendable when you are swamped. Give a person a 10-hour workday, a load of clothes caught in a broken down washing machine, a friend who reserved a dinner table for 9:30 p.m., that new movie he absolutely must put on, and bedtime sort of slides back until… whenever.

See for yourself; ask five colleagues at work how religiously they keep to a sleep schedule. You are likely to hear variations of a single theme: “I go to bed when I finish what I have to do.”

Trouble is, experts find that self-inflicted sleep restriction cheats you not only out of creative, brain-sharp hours at work, but out of sense of well-being and pleasure you may not know you are missing. The good news: If you realize you are sleep-starved, you can stop depriving yourself without cutting out what you like most about your life.

First off, check your attitude. Are you cavalier about your sleep or even downright proud of under-sleeping? “Sleep loss is seen as macho,” says Thomas Roth, Ph.D. (recipient of numerous awards, a leading expert of sleep medicine & disorders and co-author of Principles and Practice of Sleep Medicine), founder of the Sleep Disorders Center at Henry Ford Hospital in Detroit. “Nobody says, ‘Boy, do I need nine hours of sleep.’ They’ll say, ‘I get by on four’.”

Most people who short themselves follow a pattern: They skimp on time in the sack during the week and try to make up for it Saturdays and Sundays.

“In the long run, you probably get the amount of sleep you are biologically programmed to get,” says Charles P. Pollak, M.D., at the Sleep-Wake Disorders Center at New York Hospital-Cornell Medical Center. “Still,” he adds, “you are not getting it at the times you need it. And as a result, you are sleepy in the daytime during the work-week, when you ought to be alert.”

Unfortunately, sluggishness builds up, so that by week’s end you are hypersensitive to the soporific effects of drugs and drink. One whiskey on Monday might not affect you at all, “but on Saturday it can turn you into the equivalent of a drunk driver.”

Most at risk is the man who short-changes himself night after night – even if only by 20 minutes. Typical profile: thirtyish, professional, verging on Type A. He’s up early in the morning to commute to the city, home very late at night – that kind of frenetic, workaholic lifestyle. The really treacherous thing about this condition is that, once it becomes chronic, a night or two of good sleep doesn’t reverse it.

And, as in our hyper-type executive case, the true problem can remain hidden from view. That’s partly because humans are such experts at coping. Not only do the wheels turn slower when a man is sleep-deprived, but the mind forges little excuses for his permanent draggy feeling. Habitual under-sleepers are notorious for blaming their blown-out synapses on Chronic fatigue Syndrome, that chic, languorous ailment of terminal yuppies.

It’s just a natural product of modern life, they say to themselves. So they shrug off their droopiness – until one day the car glides off into a ditch. Thousands of traffic accidents each year, at least in part, may be sleep-related. Some U.S. studies estimate that one man in five falls asleep at the wheel at least once in his life.

True, most under-sleepers seem to cruise through life relatively unscathed – just a little bit sloppy – but, hey, they are making it. Life becomes a series of mini-disasters: hasty, blood-letting shaves in the morning; routine fender-benders out on the road; crashing computer programmes at the office; the pickle jar that teeters off the dining table and explodes into a thousand gloppy shards.

Any of this sounds familiar? After a while, sleepiness starts to feel normal and you forget what waking up lucid feels like. The danger signs are subtle, subjective and easy to deny. Some of the symptoms to watch for: you turn crabby; you are forgetful; when forced to make a snap decision, your mind just fogs; you used to have a sense of humour, but nothing seems that funny anymore. Finally, your creativity locks up, and, despite numerous resolutions to make a change, you can’t get motivated.

What is the best solution for extreme sleep deprivation? Sorry to say, but there is only one cure: GET MORE SLEEP. Adding an hour or so to the nightly sleep quota improves job performance even for people who don’t think they are sleepy in the first place. In one study, men who really stretched their snooze time (from 8 to 10 hours) became more alert, reacted faster and concentrated better.

But who has time to waste on sleep? The experts say you waste more time when you don’t sleep. Popular opinion to the contrary, you will pack a whole lot more pleasure into your life when you turn in at a regular hour: “Your net productivity – or enjoyment or whatever you are after when you are awake – will be greater when you have the right amount of sleep every night,” says Pollak.

Some sleep tips from the experts:

Try to be safely under the covers when that time comes, rather than speeding along the Western Express highway.