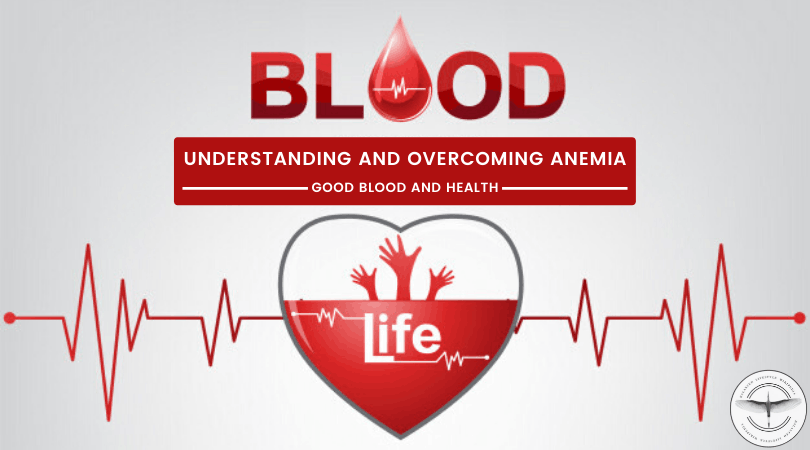 Anemia is a condition of deficiency in the amount of blood or in the number of red blood corpuscles or of hemoglobin. There are various forms of anemia: acute anemia, chronic anemia, chlorosis, and pernicious anemia. There also are primary and secondary anemias.

Primary anemia is apparently an independent disease resulting from some defect in the blood-making organs or from some influence that destroys the blood cells after their formation, though the exact cause usually cannot be determined. Pernicious anemia, also chlorosis some maintain is a primary anemia.

Secondary anemia results from some other disease or condition that can be determined or discovered: including hemorrhage, lactation, albuminurea, cancer, suppuration, toxic agents such as lead poisoning), and bad hygiene.

Acute anemia always occurs as a result of sudden loss of blood. This may be by internal or external hemorrhage. Surgical operation often is responsible for it, or some injury, or such a condition as an ulcer of the stomach, or a rupture of a blood-vessel in any part of the body. Some of the diseases of women result in this anemia. It may develop within a few hours or over a period of several days. Anemia so produced is not a disease. All the organs that have to do with making blood are in normal condition and will repair the loss of blood within a comparatively short time if blood-making foods are supplied and general hygiene is maintained.

Chronic anemia is slower in development and longer in duration. It is present in women more often than in men. Women average ten per cent, less blood than men of equal weight; the number of their red blood cells is lower and their blood is affected by two functions peculiar to their sex: menstruation and lactation. Intestinal parasites cause chronic anemia quite frequently; so also do chronic dyspepsia or indigestion, or constipation of a severe degree. Fever or the general condition making fever necessary may sufficiently interfere with the nutritive processes as to result eventually in chronic anemia.

Chlorosis or greensickness is a peculiar form of anemia beginning at about the age of puberty in young girls when they are maturing. In addition to the general symptoms of anemia to be given below, there are a peculiar greenish hue to the skin, a perverted appetite in which there is craving for unnatural articles of food, and frequently attacks of severe stomach pains. The mind may be dull or seemingly in a stupor, and there often is vomiting, also double vision. The specific causes of chlorosis are not definitely known, but there are the usual causes of the other forms of anemia plus, doubtless, some malfunctioning of the glands that are being readjusted for womanhood. The artificial environment surrounding young girls, and general devitalizing habits particularly at this critical period in life, tend to cause this trouble.

Pernicious anemia is a rare form of anemia and seems to be of comparatively recent origin. Pregnancy is a vulnerable period for its development, especially when several children have been borne in rapid succession. However, men are more susceptible than women. In these the cause usually is undetermined. It is a serious condition appearing usually in middle life.

Except for the acute form, anemia is a result of systemic toxemia and acidosis — a condition of poisons, toxins and accumulated waste products floating in the blood- and lymph-streams, and of enervation or lowered nerve-tone. There is either an accumulation of these injurious substances due to failure of eliminative organs to handle a normal amount of such products, or they are produced in such considerable quantities that even normal organs, eliminating a normal amount or more than a normal amount of eliminations cannot remove them rapidly enough. They have the effect of poisoning the organs that make the blood cells, which produce a deficient amount of blood cells or altered blood cells.

Constipation, insufficient food or any failure of the assimilative mechanism, wrong food or wrong eating habits, indigestion, close confinement, insufficiency of adequate sunshine and fresh air, and dissipation of energy in numerous ways are the leading factors underlying the development of this condition.

The following symptoms of anemia in general are present in this form, plus a lemon-yellow hue of the skin, due to marked changes in the blood, especially in the red blood corpuscles.

These symptoms may appear slowly or rapidly, depending upon the cause, but they include: pallor, cold and sometimes clammy skin, giddiness, weakness and faintness, noises in the ears, swimming before the eyes, a soft, feeble and rapid pulse, low or subnormal temperature, restlessness, air-hunger or shortness of breath on slight exertion, cold extremities and face, pinched features, fading of color of the gums and the lining of the upper and lower eyelids, whiteness of the finger-nails, nausea and loss of appetite. Convulsions may occur later. If due to sudden loss of blood, there may be collapse if the hemorrhage continues, and death may result if this loss is considerable or uncontrolled.

As with any other condition, the cause should be found and remedied if at all possible. In any case, however, it will be necessary to undergo general blood-purifying processes and prepare the way for producing more and better blood. It is necessary that the anemic individual be well nourished; but over-feeding must be avoided, as it will either aggravate the toxemia or the hemorrhage or both. In acute cases, if the loss of blood has been checked permanently simple means will bring about restoration to normal unless there is some serious underlying condition that prevents adequate nutrition, such as ulcer of the stomach or intestine. Usually in these cases a wholesome diet rich in iron and all of the other necessary elements will quite quickly restore the blood to normal. There should be fresh air and sunshine provided, with rest at first and later gradually increasing activity, depending upon the absence or presence of any underlying serious condition modifying physical activity. Milk should form a good part of the diet in every case when possible.

As for chronic cases, an aseptic diet is one of the chief essentials. By this is meant a diet of fruits and vegetables mainly, with little or no meat, cereal, or other starches and none of the injurious foods and food combinations, food conglomerations and harmful food products. Milk and milk products, egg-yolks, cream, green vegetables, sweet and juicy fruits, and sometimes liver, should form the diet. Sometimes special food preparations may be used, particularly those providing vegetable iron. Liver extract may be used, but is particularly of benefit in pernicious anemia.

In the chronic form a fast often is one of the best means of starting improvement. Many people fear the fast in this condition because of its associated weakness. But since one factor in the causation of the disease is toxemia, the fast is one of the best means of quickly getting the blood in a normal condition. Strength often increases from day to day in these cases even as the fast is continued. It is not necessary to continue the fast long; but if possible it should continue until a normal hunger returns. Instead of an absolute fast, fair quantities of orange or grapefruit may be taken — either the fruit or the juice; or tomato juice or any other fruit juice or berry juice, such as loganberry or blackberry juice, may be taken.

The strict milk diet is a very excellent diet to use in such chronic cases. If one is below normal in weight the full milk diet may be used. Many over-weight people are anemic. These may take the milk diet also, but should so adjust the quantity that there will be a slow reduction in weight. But at the same time there is better nutrition and the formation of better blood. If this strict diet is not taken there should be an abundance of milk in the diet chosen.

Gradually increasing exercise, particularly gradually-lengthened walks should be taken, with the addition of light sports as improvement is noted. Nude sunbaths will be of great benefit and should be taken when at all possible. If these cannot be secured then ultraviolet irradiations from a sunlamp should be used as a substitute. At least every second day a natural or artificial sunlight treatment should be secured. If one can sleep out of doors more prompt results will be obtained. In any case there must be adequate amounts of fresh air, and one should take up deep breathing.

Tonic baths will be of special benefit in these cases, because of the improved circulation of the blood and the drawing out from the blood-making organs of newly formed blood-cells. Sea-bathing and massage may be used with benefit, but care must be taken to avoid over-indulgence in sea-bathing. Gland treatment may be used with benefit also in some cases, but usually will not be necessary if the above-mentioned factors of treatment are carried out strictly. One important factor is to maintain elimination through all channels at normal.